As the traditional scientific peer review concept is hitting its capacity limits and high-quality software contributions are established as the powertrain behind the success of computational science, it is time to change academic publishing.

As in any other research field, academically surviving in the high-performance computing (HPC) community generally requires publishing papers---in the best case many of them and in high-ranked journals or at top-tier conferences. As a result, the number of scientific papers published each year in this (relatively small) community easily outnumbers what a single researcher can read.

Furthermore, many of the proposed strategies, algorithms, and hardware-optimized implementations never make it beyond the prototype stage. In particular, they often fail to contribute to the community's software ecosystems: the publications typically lack the level of detail that allows reproducing the technology; and, with prototype realizations (at least until recently) often remaining private, the readers are unable to track the code. In response to this situation, different publication formats now encourage (or even require) the release of source code and supporting data. These reproducibility efforts (for example, ACM badging) provide reviewers access to the raw material and aim at increasing replicability, traceability, and general software quality. The side benefit is that the community can leverage the novel technology by accessing the sources and re-engineering the algorithms in already existing software libraries or simulation codes.

One might ask, "What about community software projects? Don't they provide high-quality production software?" The answer is yes, and no. A number of established open source software packages do exist that are developed as collaborative community efforts to provide domain scientists with the technology and the tools to realize scientific simulations. These software packages typically feature high standards in terms of software quality and software sustainability (e.g., https://xsdk.info), and serve as the powertrain behind many research achievements and simulation codes. At the same time, community software packages are dependent on high-quality contributions from software developers. And with scientists responding to the academic pressure to publish scientific papers, the software packages often lack the production-ready implementation of novel algorithms and hardware-specific efficient implementations. As a result, software packages are inclined to also accept contributions that lack the level of documentation and code readability that would be preferred for software sustainability.

To summarize, the HPC community

In a time and field where a high-quality labor pool is a scarce resource, this situation is extremely inefficient.

Redefining the concept of publications for computer-based science

Acknowledging the merits of traditional metrics such as the H-index and the fact that it is not realistic to quickly change the academic system to base the promotion to tenure on software quality, we argue for a change in what a scientific publication is. Traditionally, a scientific publication has been characterized as a self-contained monograph describing the researchers' contribution and presenting results. The community benefits of this classical publication format are limited, especially in comparison with other, more effective technology dissemination systems such as Git, which are employed by virtually all software community efforts and feature powerful services that are waiting to be explored by an academic peer review system: full reproducibility; full traceability of contributions; the archiving of community discussions and code reviewer comments; rollback functionality; and full
accessibility worldwide. While it may (for now) be unrealistic to change the academic system to consider well-documented software contributions on their own as a scientific publication, we can trick the system by accepting such software contributions after an additional (independent) review as a full-value conference submission that is later included in the post-conference proceedings; see Figure 1. 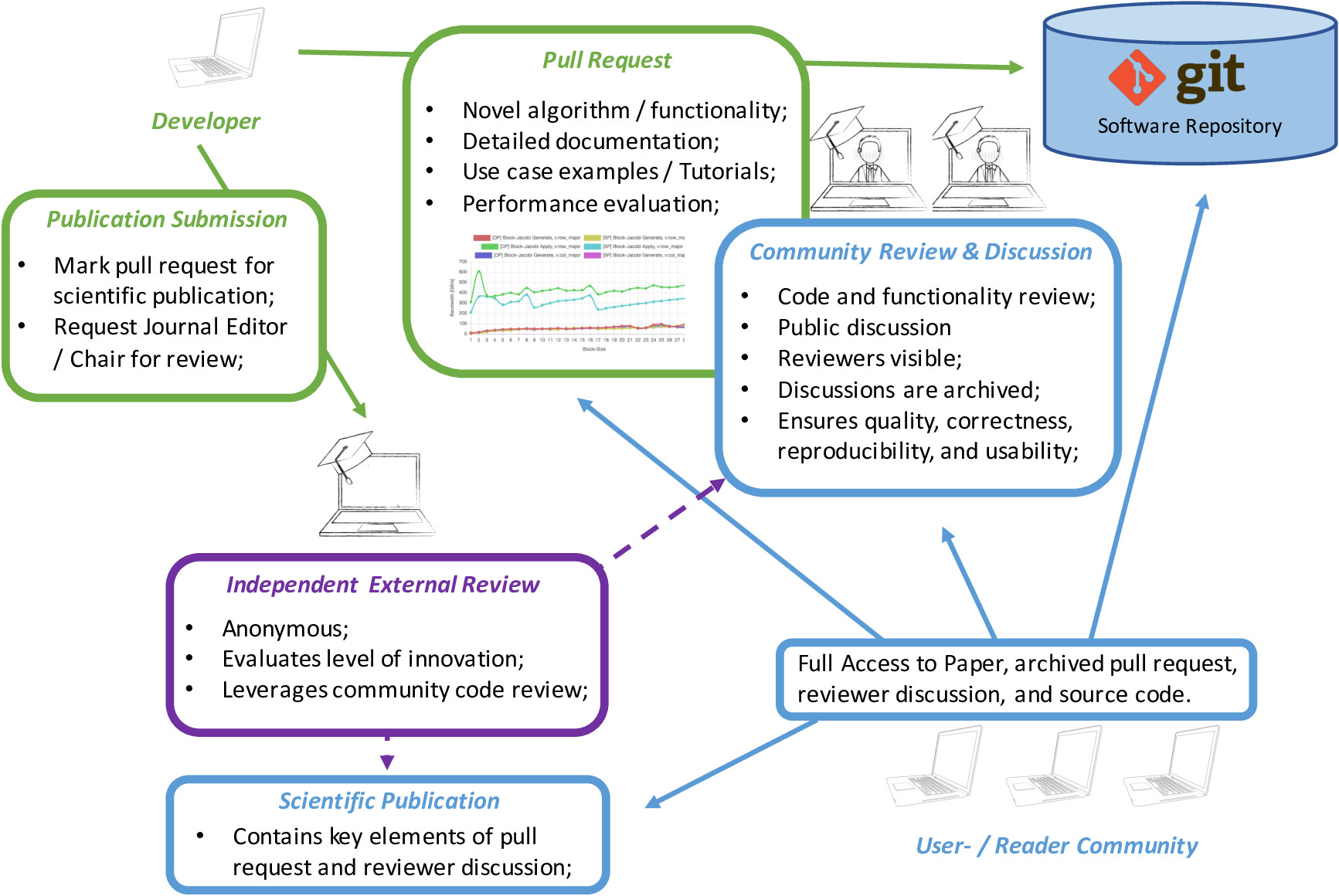 Figure 1. A community-based review concept for scientific publications based on high-qality software contributions.

Obviously, such a process requires not only defining minimum standards on what level of innovation and novelty qualifies software development as a conference contribution but also deriving guidelines on how such a conference submission based on a software contribution has to be designed, the level of algorithm and functionality description, and the code quality. We argue, however, that complementing the independent review assessing the level of innovation in the software contribution with the technical reviews of the community effectively reduces the review workload of the independent reviewer (another bottleneck in the current peer review) and ensures a very high quality of the submission:

Arguably, this workflow is not suitable for all types of conference contributions: one example would be a purely theoretical exposition of a new algorithm or method that does not yet have a high-performance implementation. Nevertheless, we want to promote the idea of complementing the existing classical publication format with one that is software based. Concretely, we plan to initially allow for software-based conference contributions in the submission process for the Scalable Data Analytics in Scientific Computing (SDASC) workshop, which we will propose in conjunction with ISC High Performance 2020.

We encourage everyone to contribute to the idea, by implementing a similar workflow or submitting a software development as a contribution to SDASC 2020.

Hartwig Anzt is a Helmholtz Young Investigator Group leader at the Steinbuch Centre for Computing at the Karlsruhe Institute of Technology, Germany. He also holds a research consultant position in the Innovative Computing Lab at the University of Tennessee, USA. Hartwig has a strong background in numerical mathematics, specializes in iterative methods and preconditioning techniques for the next-generation hardware architectures, and has a long track record of high-quality software development. He is author of the MAGMA-sparse open source software package, managing lead and developer of the Ginkgo project, and part of the "Production-ready, Exascale-enabled Krylov Solvers for Exascale Computing" (PEEKS) effort delivering production-ready numerical linear algebra libraries as part of the Exascale Computing Project.

More on Software Publishing and Citation and Peer Code Review

By Kate Keahey and Rinku Gupta